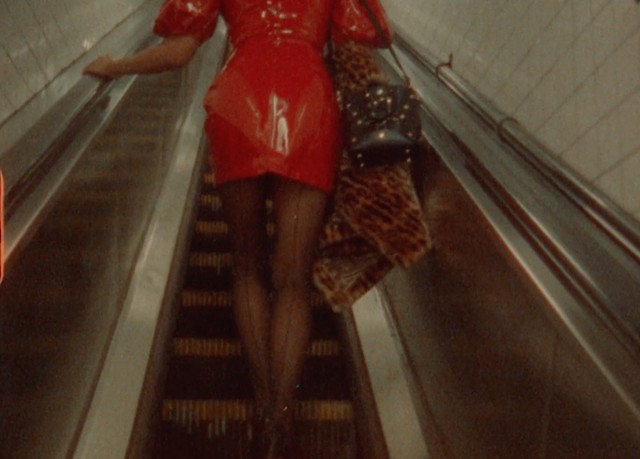 Throughout various artistic and literary works, the topology of the night shines as a source of inspiration for sublime, uncanny encounters, and a space of quiet introspection of the self for male cultural producers. For women, however, the night brings upon a cascading blanket of harm, surveillance, and terror. Scholar Linda Williams attributes this dread of the night to both real world and cinematic depictions of violence against women that occurs after the sun goes down.

To be a woman who walks alone at night then is an anomaly for women who walk at night are systemically associated with sex work by state and city laws. These “nightwalker” codes disproportionately target Black femmes or women who “make a display” by wearing clothing that can be deemed risqué by an arresting officer. In Nightwalker (2022), a film that is an extension of a Polaroid and audio project entitled Solicitations of Crime Against Nature (2021), I play with the ambiguity of a stylish woman walking the streets of New York’s Lower East Side, which historically is a site where informal acts have occurred.

By having the camera follow my body, I aim to draw attention to how the surveillance eye overlaps with the gaze of a potential predator. The film is ambivalent as to whether or not the character is a sex worker and is more interested in the violence, both institutional and personal, that shrouds women walking alone at night.